A few weeks ago, I saw a set of three Thornbird kites, made by the long-defunct British Kited company, for sale. For the princely price of £20 per kite. Never came across this particular kite before, but they looked like nice team kite with their 2.62m wing span, so I snapped up the set of three. 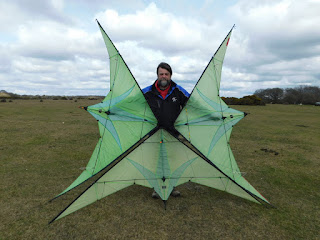 Why I got all three, given that we normally only fly as a pair, or a 4-strong team (L-katz), I'll come back to later, but let's first look at the kites themselves. 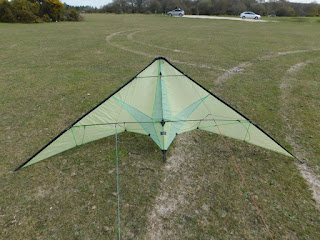 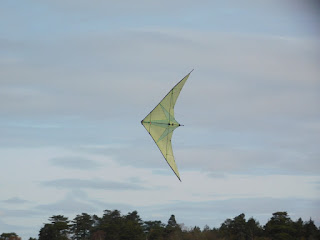 Wind was mostly 7-14mph, and the first kite on the lines, Thornbird 1, felt very heavy. Especially when the wind picked up into double figures, it developed quite some pull.
Thornbirds 2 and 3 felt pretty much the same when we flew them, one after the other. 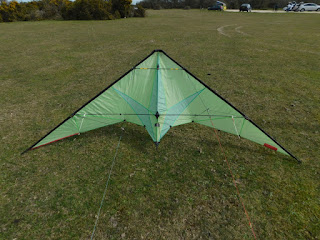 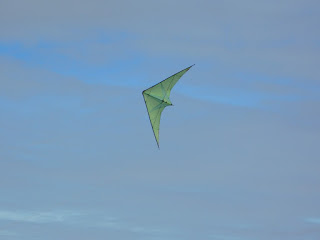 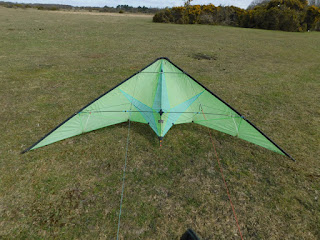 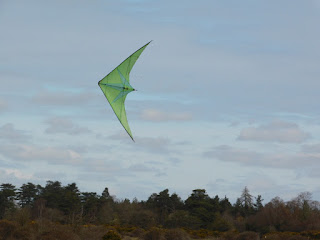 All three kites felt equally heavy, but despite the quite heavy pull, they all showed to have pretty good tracking.
We then flew them together in all combinations, and that showed they were all matched very well against each other. 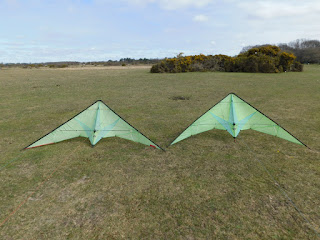 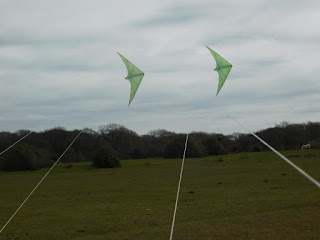 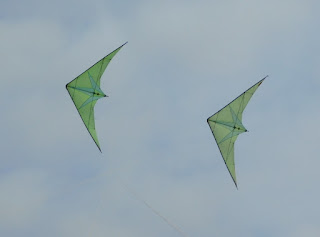 Next step was to tweak the bridle settings for all three kites a bit, bringing the nose slightly forward. That really made them fly less heavy on the lines, without losing any of their good tracking.
The set came with two narrow tube tails, so obviously ... 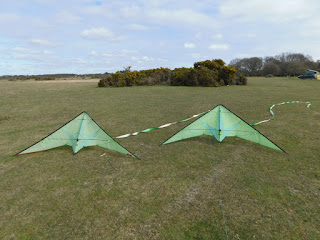 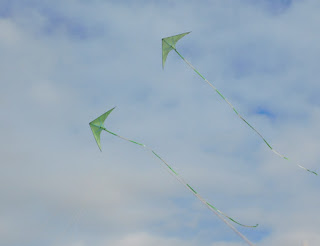 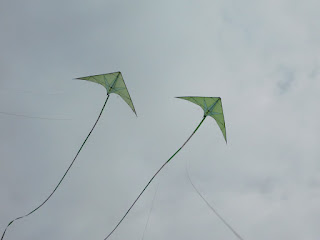 As you probably gathered, we're very happy with our Thornbirds. A slight bridle tweak was all they needed to fly optimally for us. Yes, they're well-used and patched up in places, but they have plenty of life left in them, and they're definitely worth the £20 each we paid for them.
Now why did we get the set of three? Well, having a set of three full-size team kites like this gives us the opportunity to give someone interested in team-flying the chance to get that first taste of team-flying without having to spend money on a kite. We know of a particular someone like that already (if you're reading this, you know who you are!), but of course the option is there for anyone who can fly a dual-line kite on their own, and who wants to get a feel for what team-flying is like.