One aspect of the Leominster & Hereford kite festival, which I didn't mention in my blog post on the festival was that two people attending had, between them, something like two dozen mostly old school dual-line kites for sale. I feel I really restrained myself; I ended up with half a dozen of them ...

So here's the 'Berrington Hoard'! 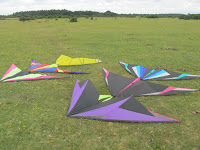 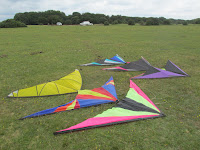 Let me introduce the individual kites to you, in the order in which we flew them. 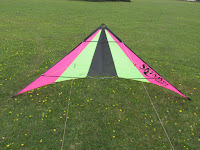 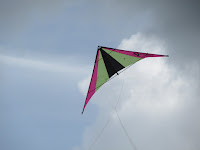 As far as I'm aware, the largest Skynasaur dual-line delta. Typical old school kite, quite heavy, and it struggled in the 4-8mph wind we flew it in. Didn't like the wind dropping away, and certainly didn't like the edge of the wind window. In stronger wind, this kite will no doubt develop quite some pull. 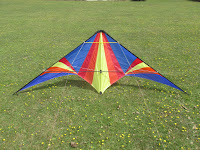 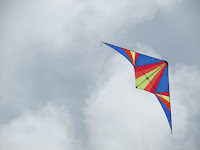 Another typical old school delta. Like the Skynasaur Classic 96, it doesn't have stand-offs, so needs to have constant pressure in the sail and keep moving. Flew fine in the lightish wind, and will definitely develop serious pull when the wind picks up. 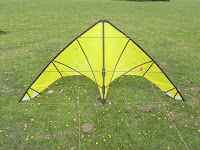 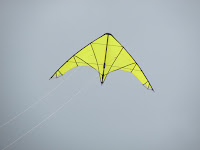 A unique kite in that it is one built by Karl Longbottom, but not as a production kite. Karl made it from the plans in Stunt Kites II. La Hembra is an ultralight, which felt solid and nimble on the lines at the same time. Turns on a dime, with the merest touch of oversteer. And I really liked the bright yellow sail! 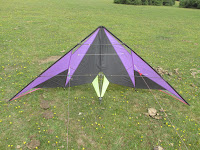 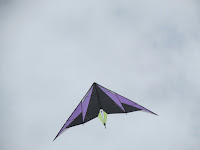 It's a Rare Air kite; need I say more? Rock solid, excellent tracking. And unusual sail design on top of that. 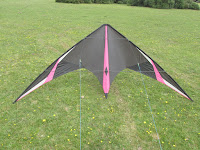 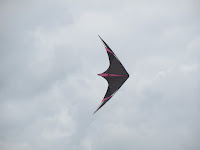 Another Rare Air; this one built in the UK before the company relocated to South Africa. A joy to fly, and the graceful shape with backswept wings make it look stunning in the sky. 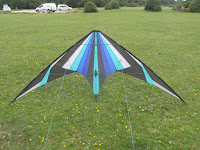 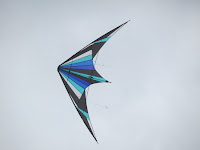 The third Rare Air in the hoard; need I say I snapped up all Rare Air kites available? Like its Stealth brother (sister?), it's a joy to have on the lines.

Now if you've read this post up to this point, you may start to wonder why I write about these kites in the Flying Fish blog, which is meant to be focussed on pair- and team-flying. Wonder no more ... In one of our earliest blog posts, I introduced the paired kites we had at that point. And among those was a pair of Rare Air Pro Cheetahs, one Spectrum and one Stealth, which we happily flew together as a pair ... But with these last two additions to our quiver, we now have a proper Stealth pair: 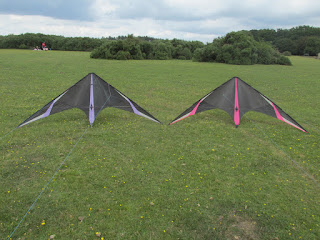 Only a minor bridle tweak was required to get the two Stealth Cheetahs matched in flight. 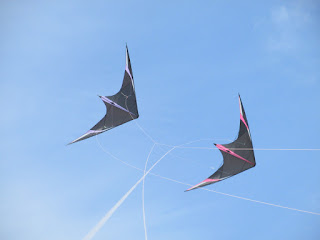 And we have a proper Spectrum pair: 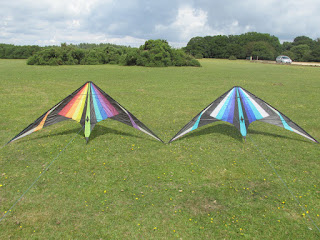 They flew very well together, right out of the box! 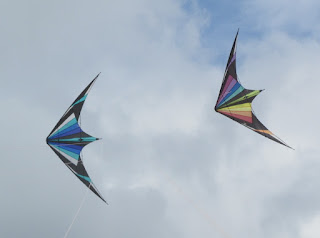