After having flown our T5 Taipan V1 and V2 kites, the only pair in the full set we hadn't flown yet were the T5 Cubans. Of course, for that we needed a day with (virtually) no wind, and today was that perfect day. 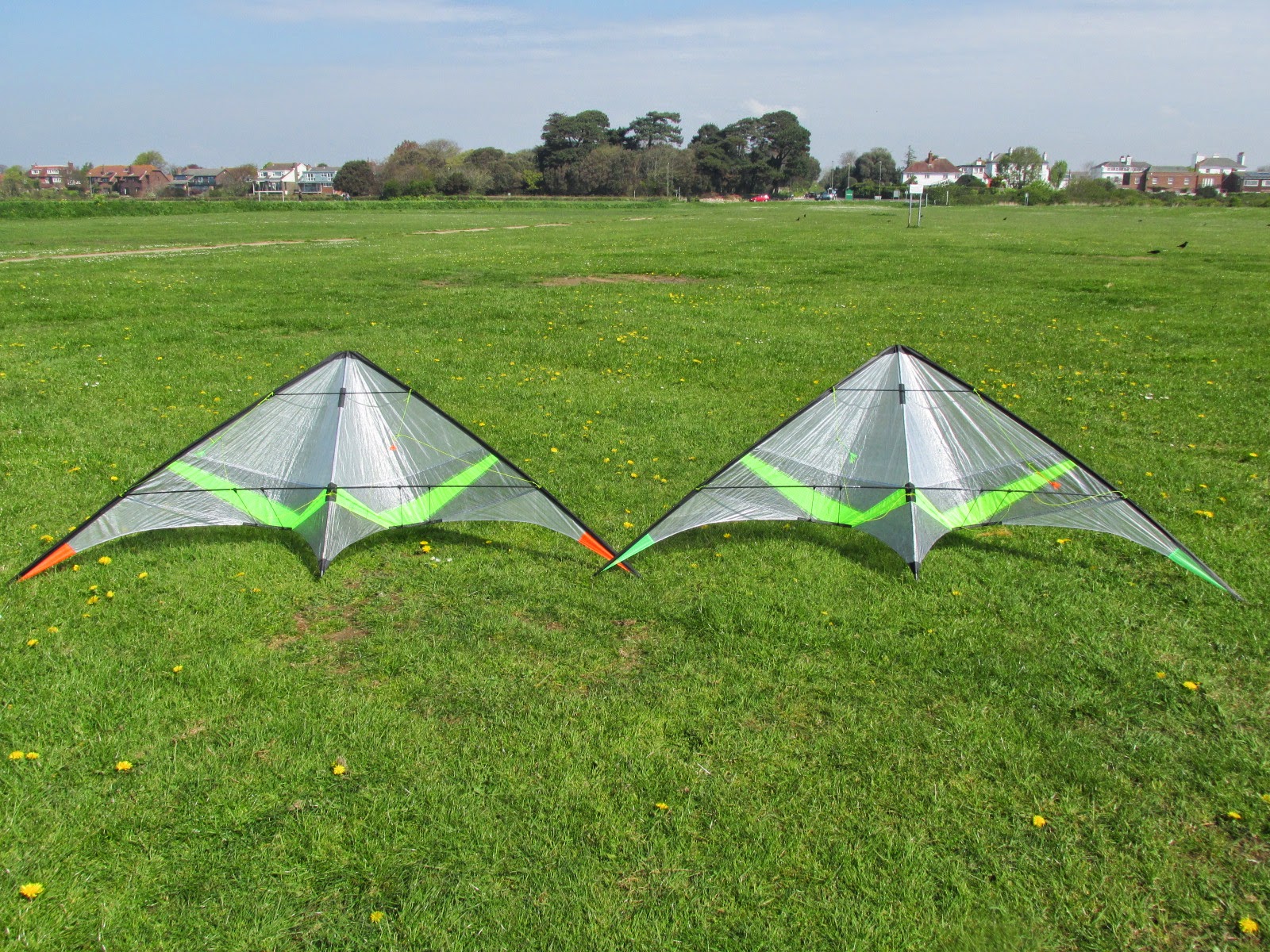 Wind at Stokes Bay was mostly 0mph, with occasional gusts up to 1-2mph. We flew them on 40m, 25kg lines, and without leaders. 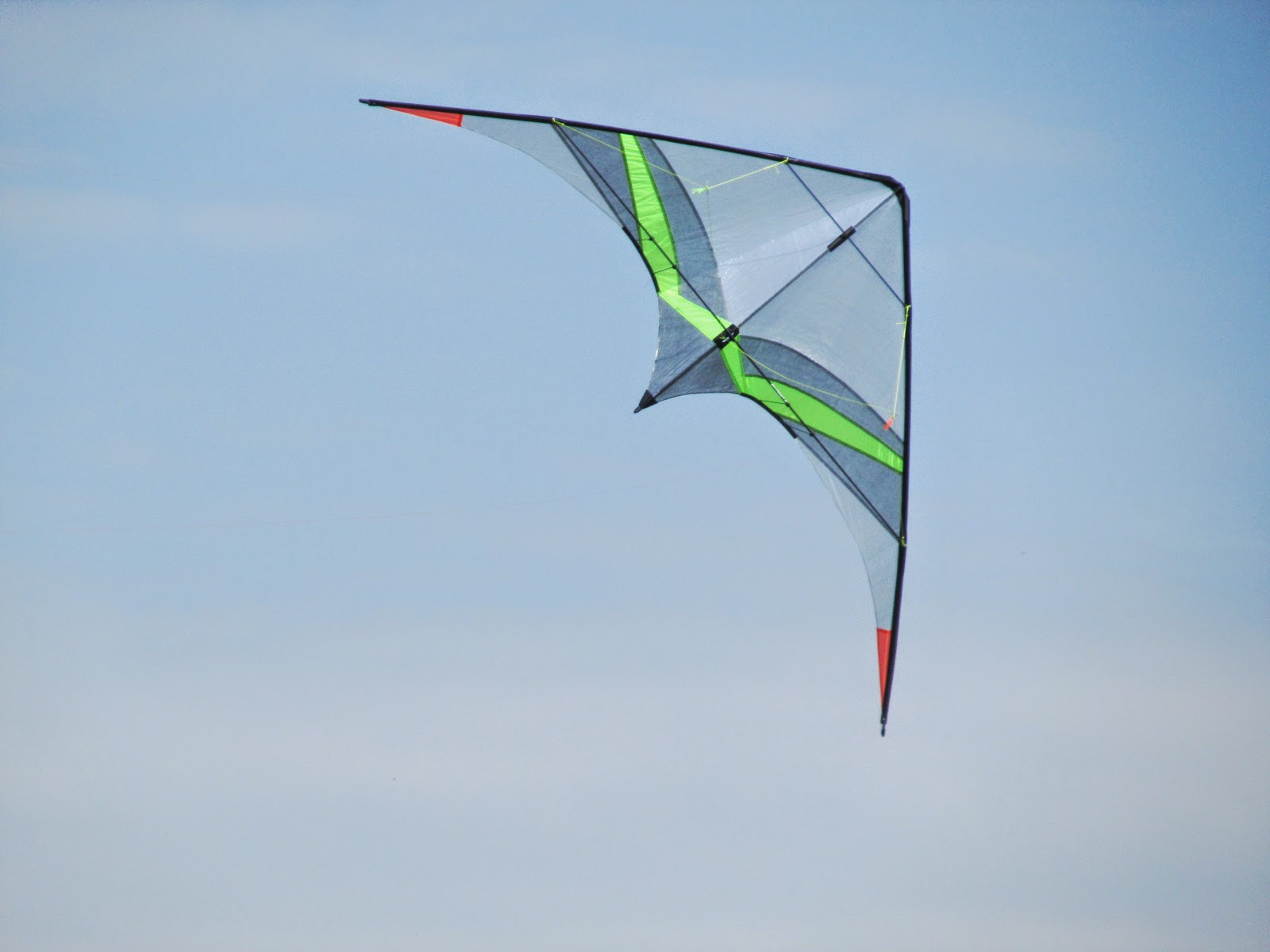 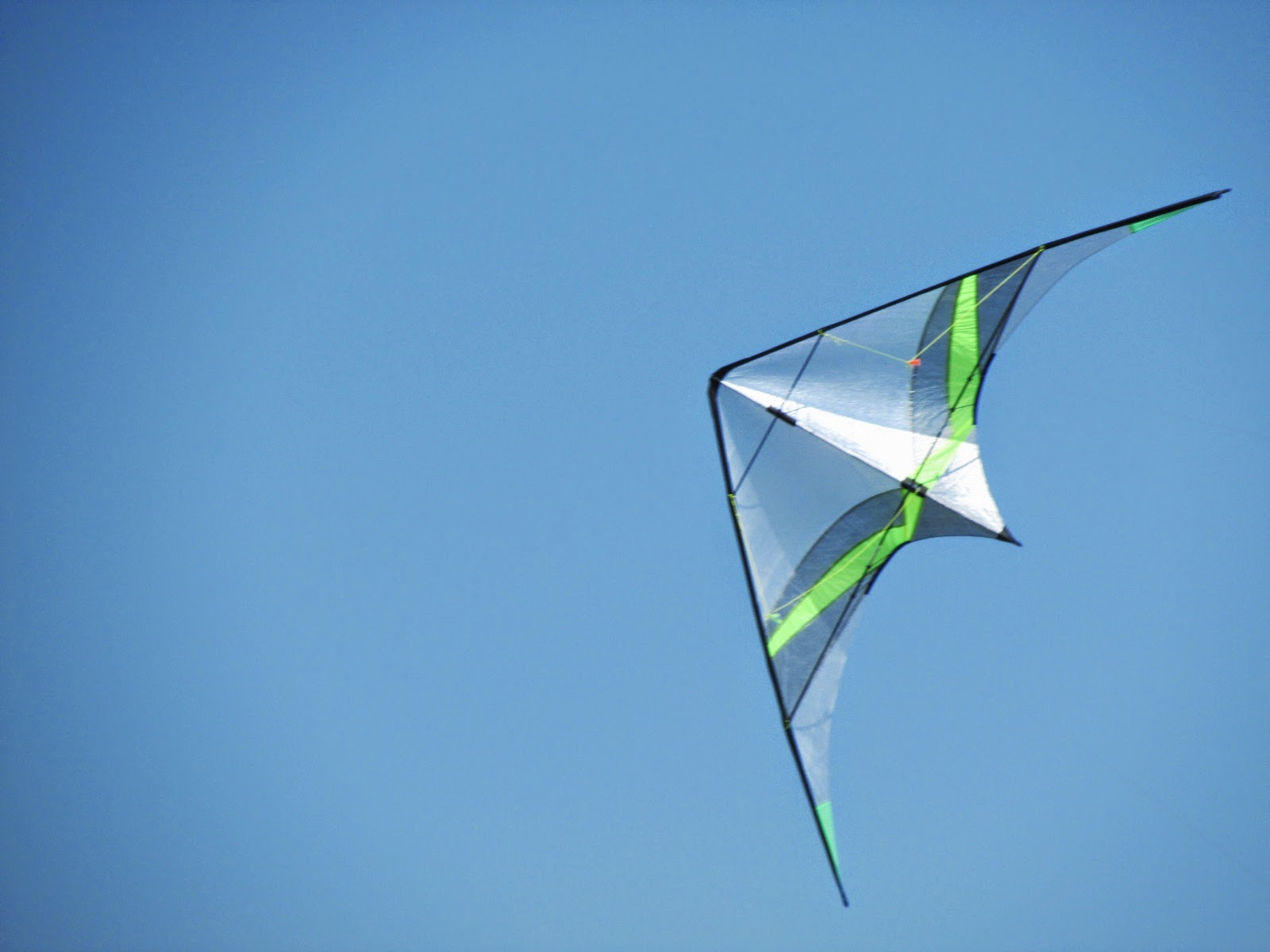 These kites are SWEET to fly! Slow, of course, but very responsive, and even at 0mph, we could keep flying infinities and wraps, as long as we kept walking back and forth. And the kites show no hint of flaring when walking forwards. 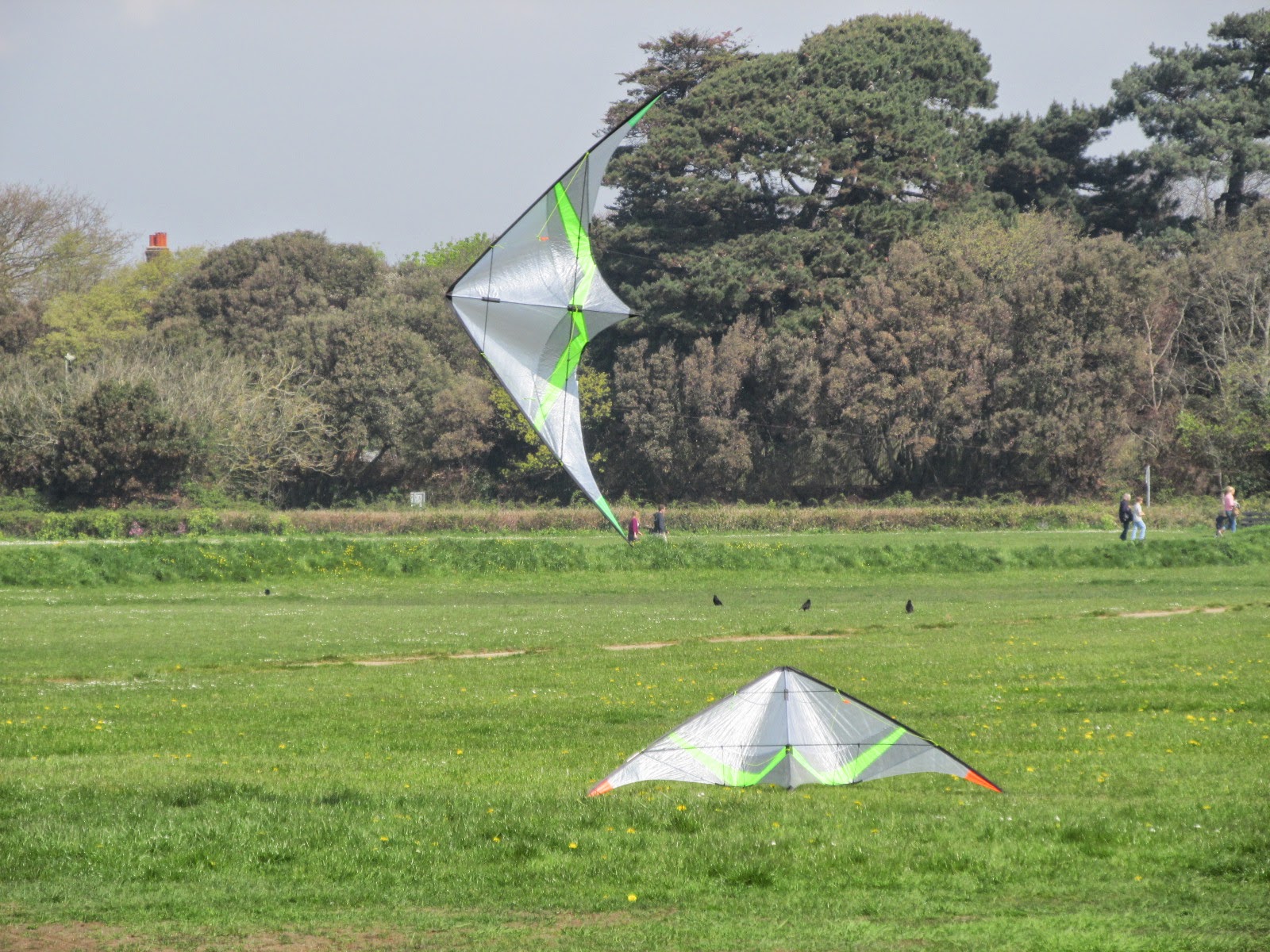 Anyone seriously interested in team-flying will be aware that the World Championships took place in Berck this past week. Line-up consisted of 14 teams from around the world: Japan, China, Malaysia, USA, Colombia, Russia, Lithuania, France, and, of course, the UK, represented by Team Flame and The Scratch Bunnies.

And if you're interested in the World Championships, you already know that The Scratch Bunnies won the title, for the third time in a row, which no other team has ever done. Congratulations, guys!! 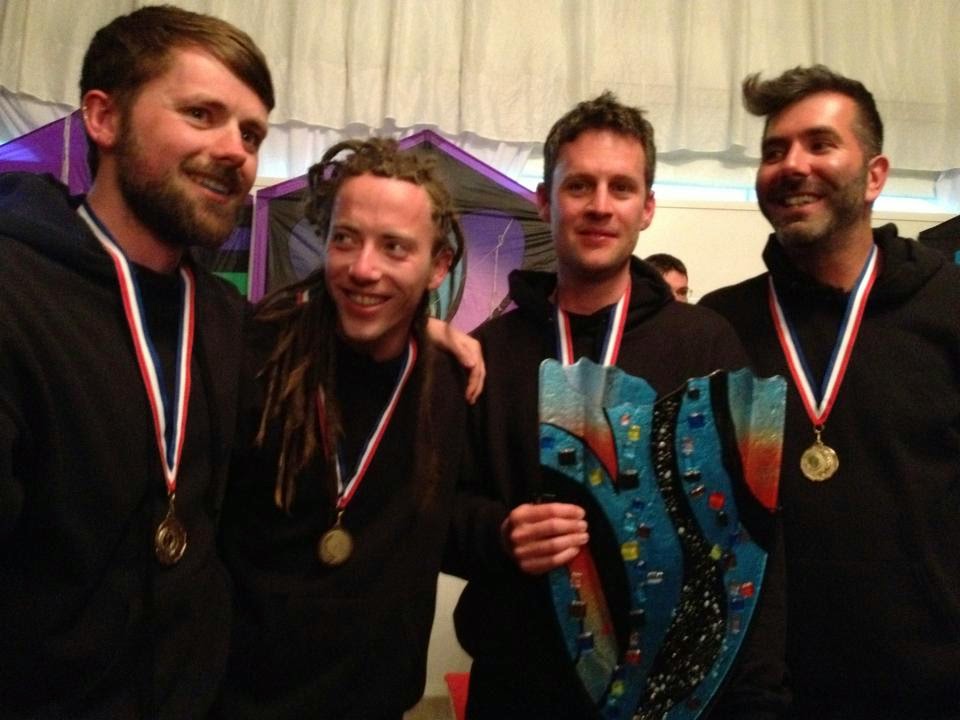 Thanks to Facebook, and to the many updates, score sheets, photos, and videos posted by competitors and others, as well as on the official WSKC Facebook page, we could stay up to date of what was happening, including the challenging winds on days 1 and 2, and the 'Goldilocks' winds on the final day. When the results were announced in real time via the WSKC Facebook page on Friday night, we had the iPad in my lap, refreshing the page every 20 seconds or so, as the placing of the teams, in reverse order, was made public. Every new placing was duly shared to the Flying Fish Facebook page, and a big shout went up when it became clear that the Bunnies had taken the gold!

Picture credit: Sumiko Yamashita
Posted by flyingfish at 10:08 No comments: