Few years ago, we got ourselves a Skynasaur Aerobat. Dating back to the 1980s, it's a small-ish and relatively heavy kite, which has the typical Rogallo shape when it flies. No stand-offs, though: the Rogallo shape purely comes from the pressure of the wind on the sail. It's a fun nippy kite to fly, but it does need a decent wind, both because of it being rather heavy for its size, as well as because it needs the wind to create the Rogallo shape. 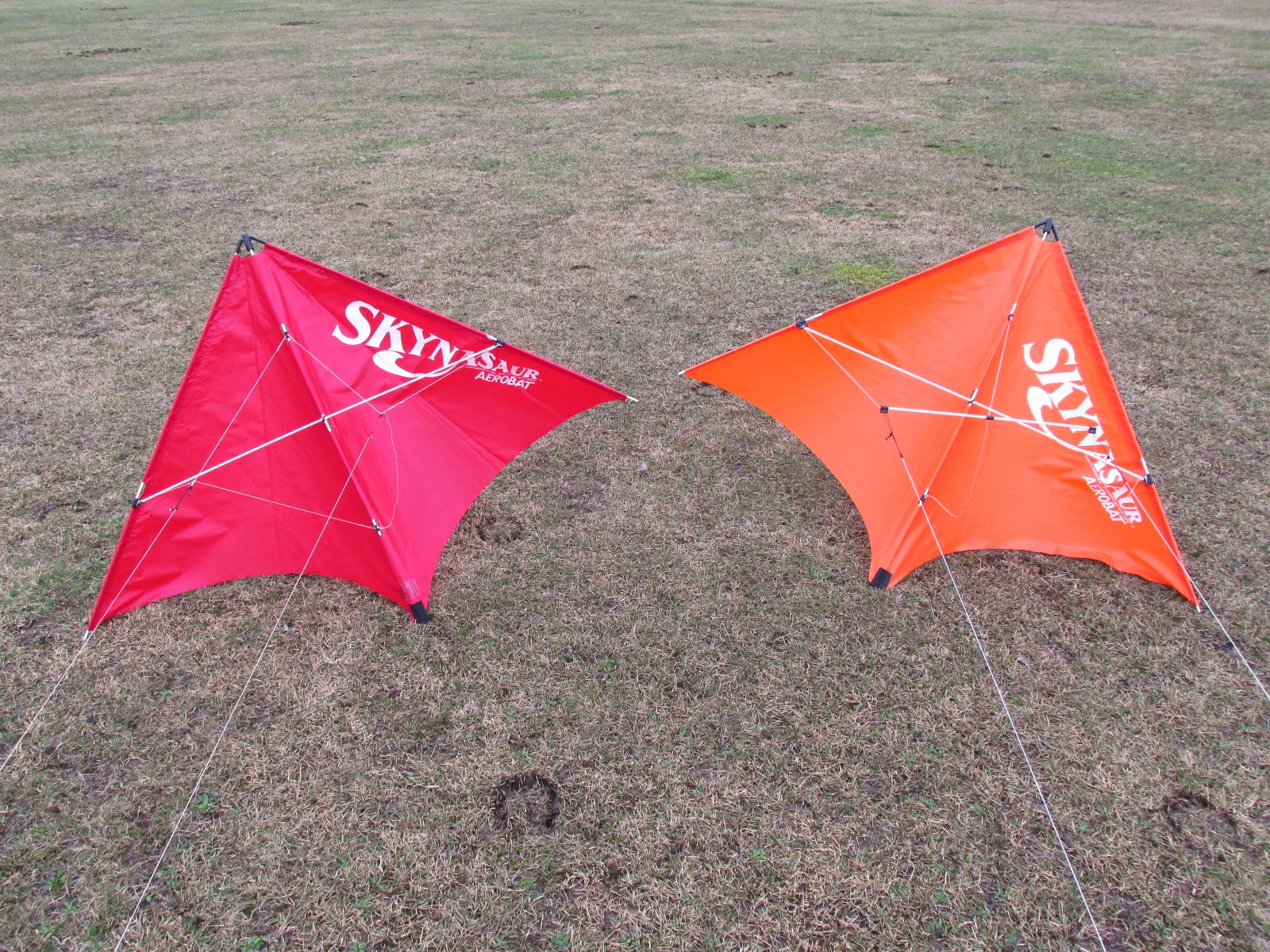 Recently, we got our hands on a second Skynasaur Aerobat, via Windswept Kites. Same size, different colour, and bridled in a different way (second, orange Skynasaur has a control bar, which our first, red one lacks)  Now we're a kite-flying pair, we got a pair of essentially the same kites, so why not try and fly them together? 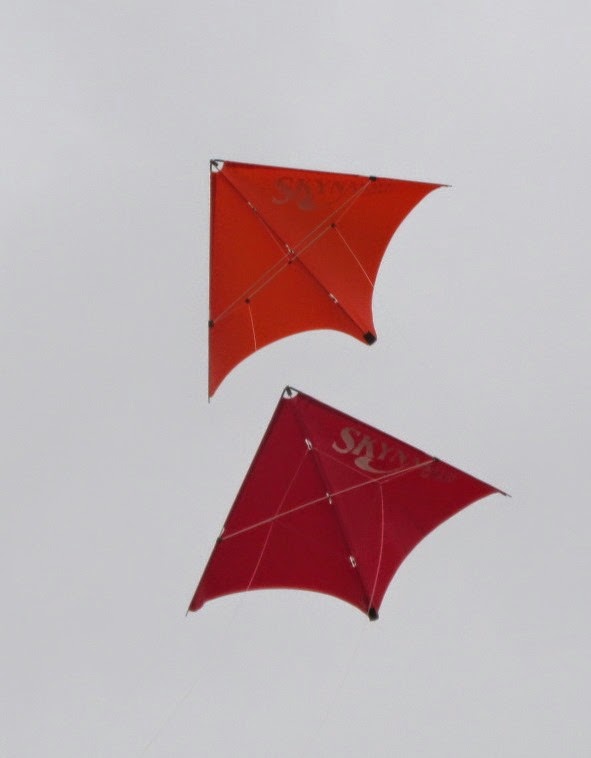 Turns out it works pretty well! The kites look rather small at the end of 40+5m lines, given that we're used to seeing kites with a wing span of around 2.40-2.50m at the end of our lines, and the Skynasaurs measure just over 1.30m. But they're pretty responsive to input, and simply fun to fly. We went through several figures with them, and even managed a few refuels! The one thing they don't like is anything that takes the wind out of the sails, even for a second. So they're not keen on boxes or any other sudden changes in direction. And they're really not keen on the edge of the wind window. All a result of them not having stand-offs, and so needing the push of the wind to maintain their shape.


So Flying Fish has another pair of kites to add to their team quiver! Not a pair we will use for official routines at festivals or competitions, but a pair to have fun with at the end of a practice session on a windy day. They're in our team bags now! 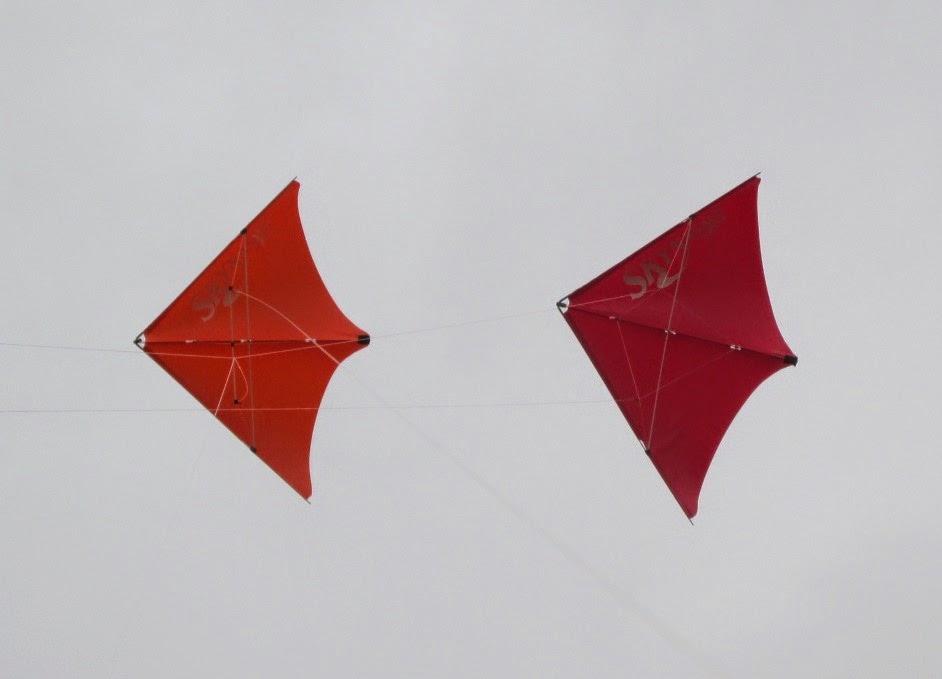