We hadn't been to Dunstable Kite Festival before, though we had flown on the site during the National Championships. Good memories to go back to, in other words! Weather over the weekend was warm and sunny, especially on Saturday. Wind showed itself a bit finicky: quite strong Saturday morning, but then rapidly falling away to almost nothing; on Sunday, the wind was up and down.

Team Spectrum was present, flying their usual displays of Carl with two kites, Carl and Bryan, and then Carl with three kites. As we usually crew for them, my photos are usually 'from the other side', but I was glad to capture Carl launching his two Air Devils. 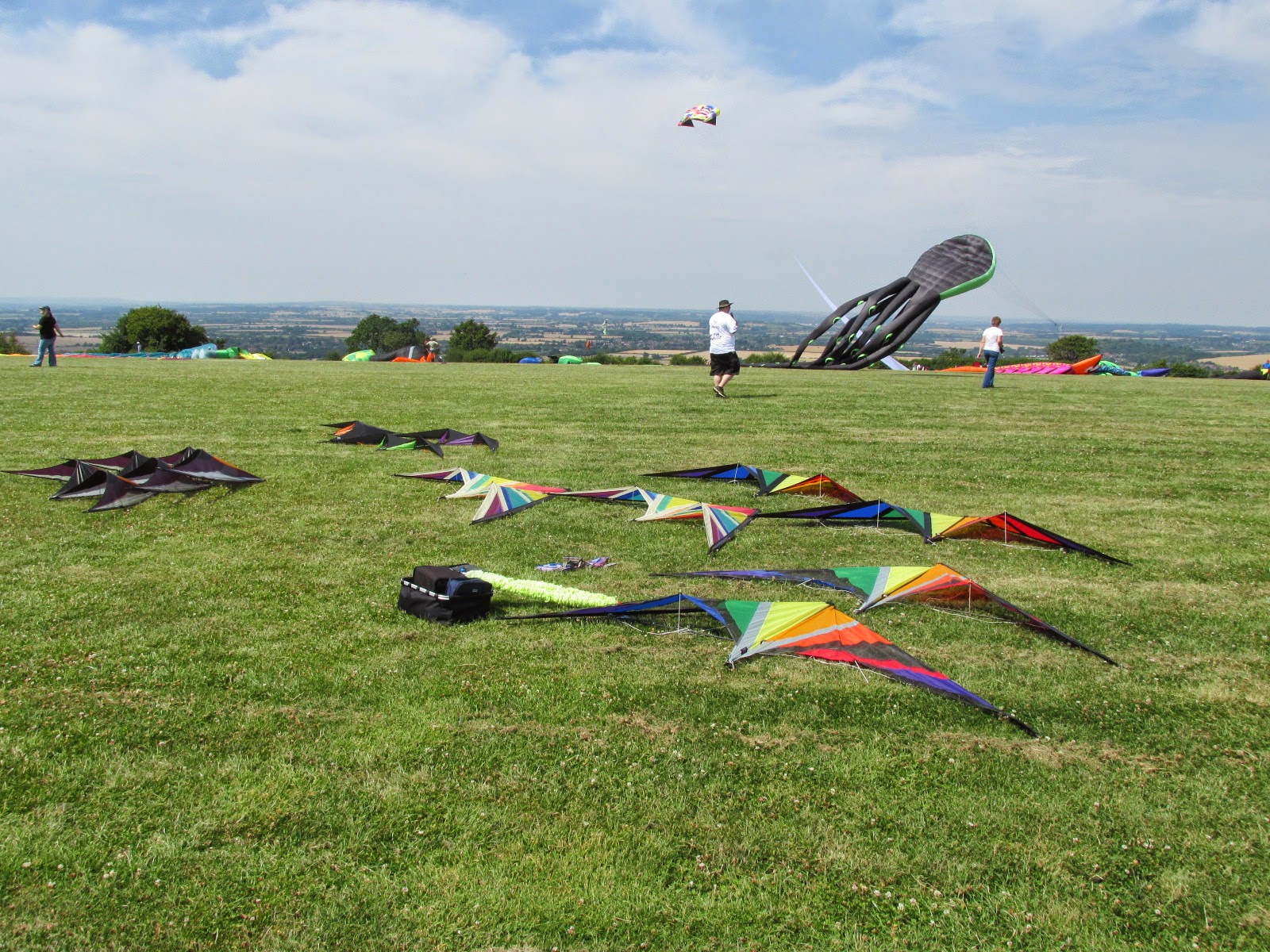 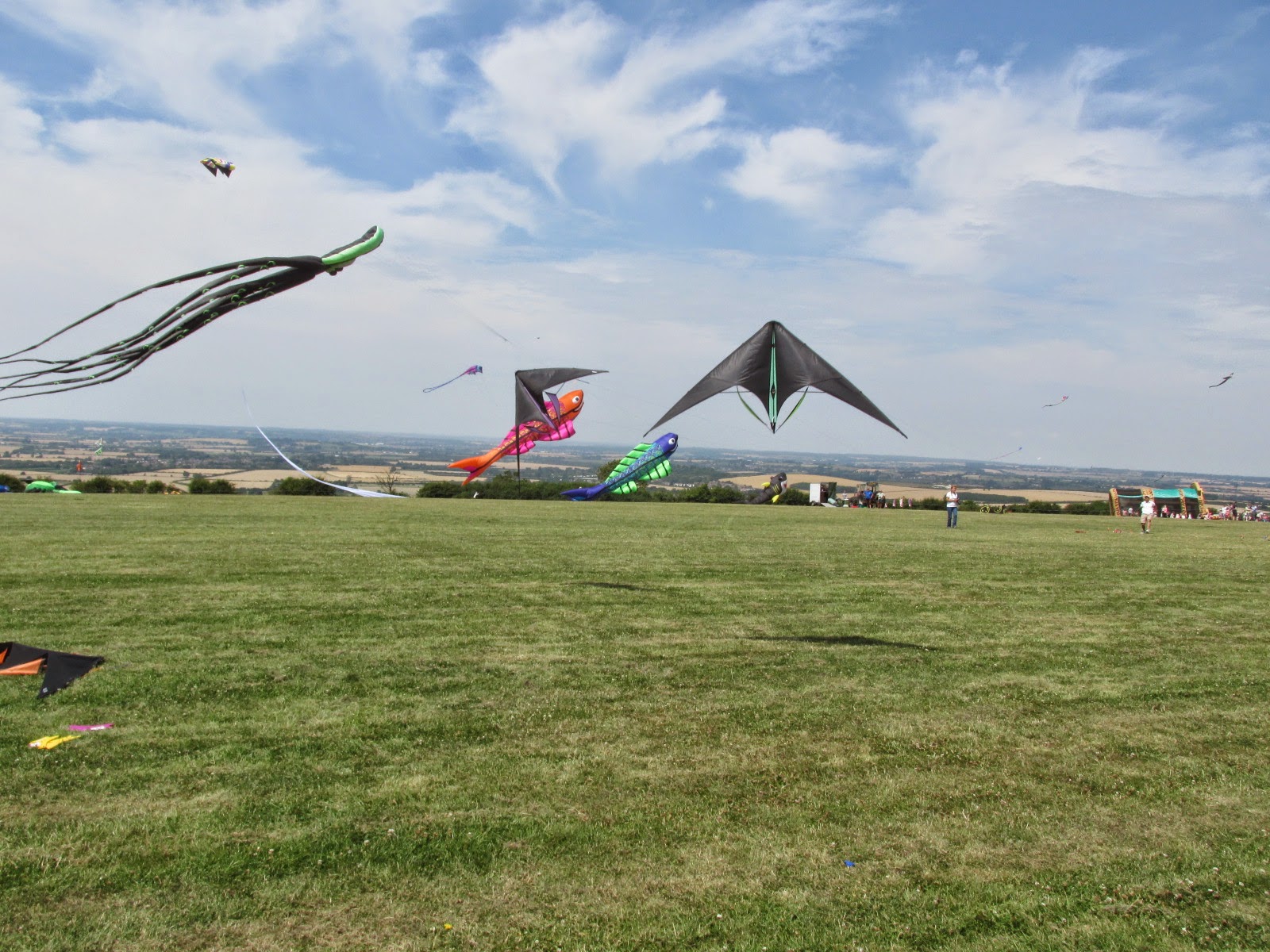 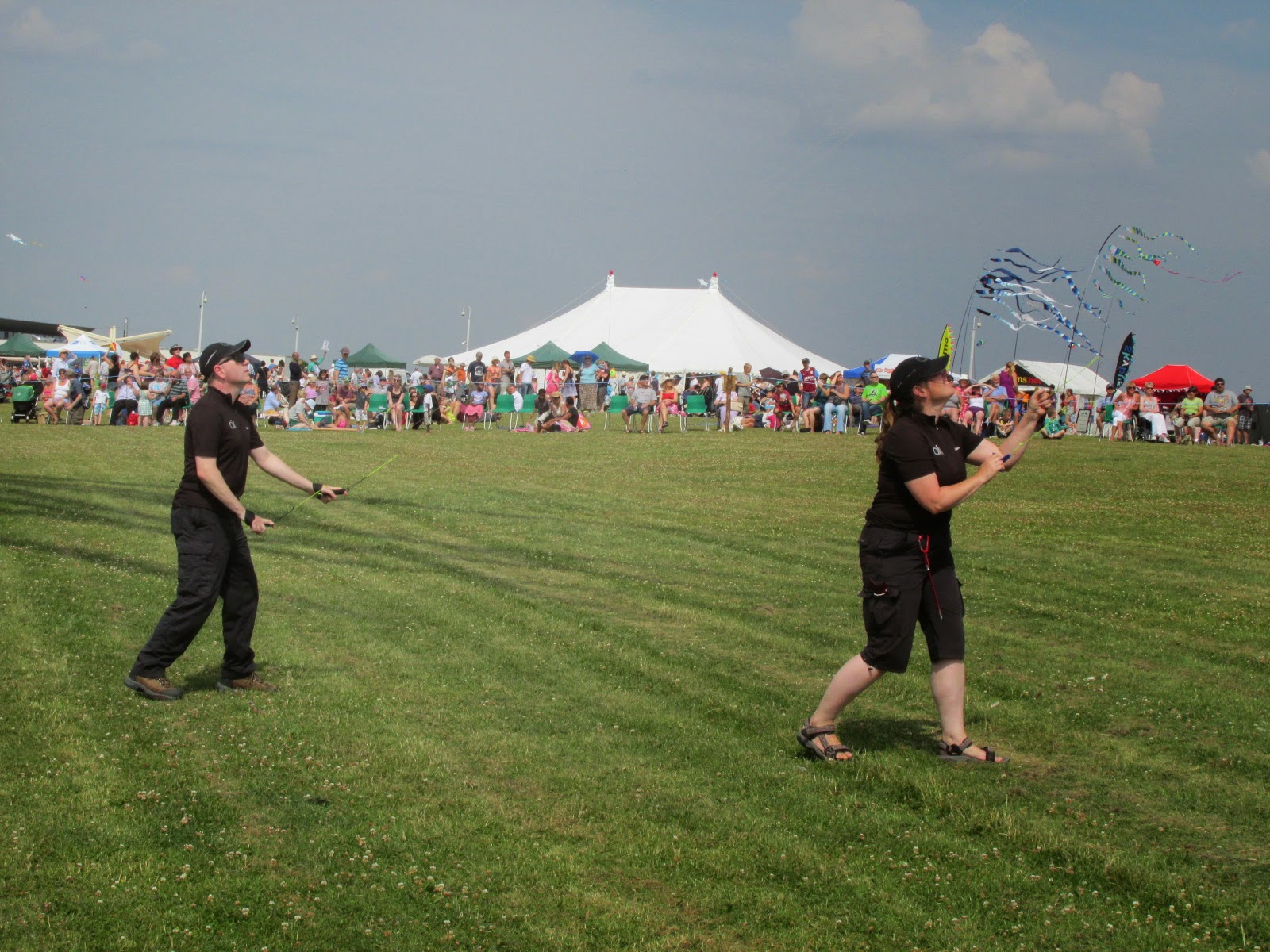 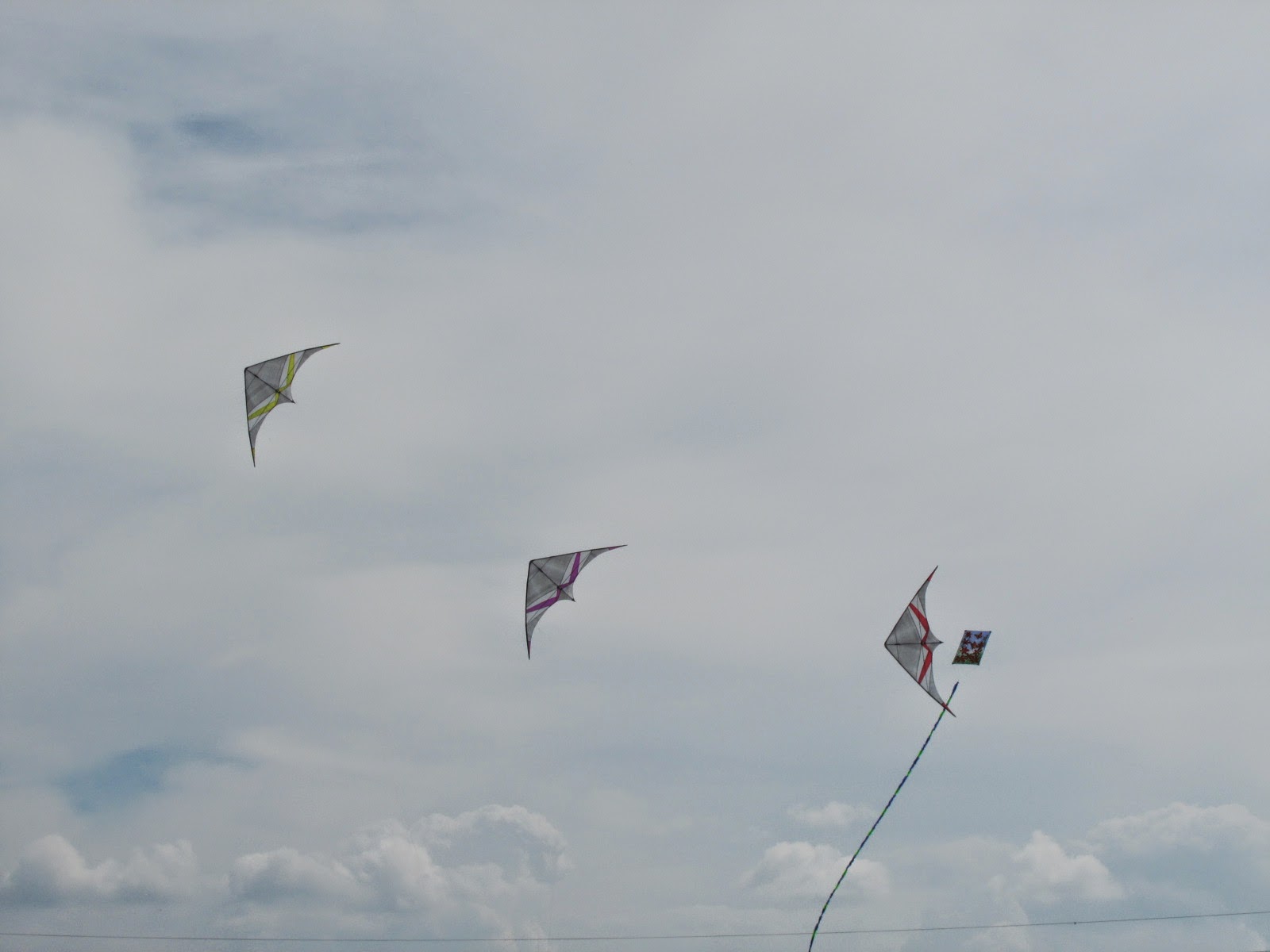 The Flying Squad was there, of course, as Dunstable Downs is their home ground. Buoyed by the obvious home advantage, they flew a solid set of routines throughout the weekend. 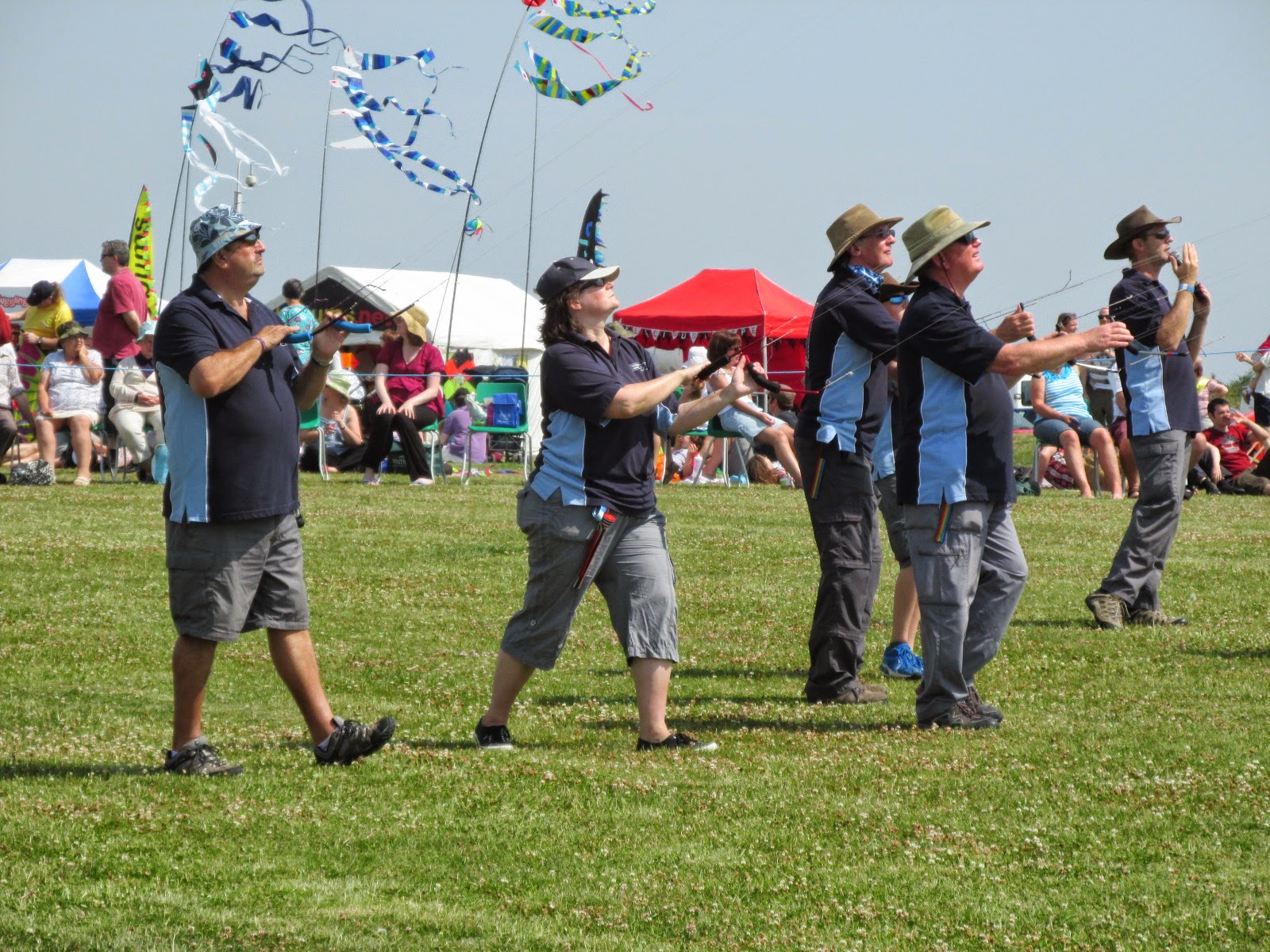 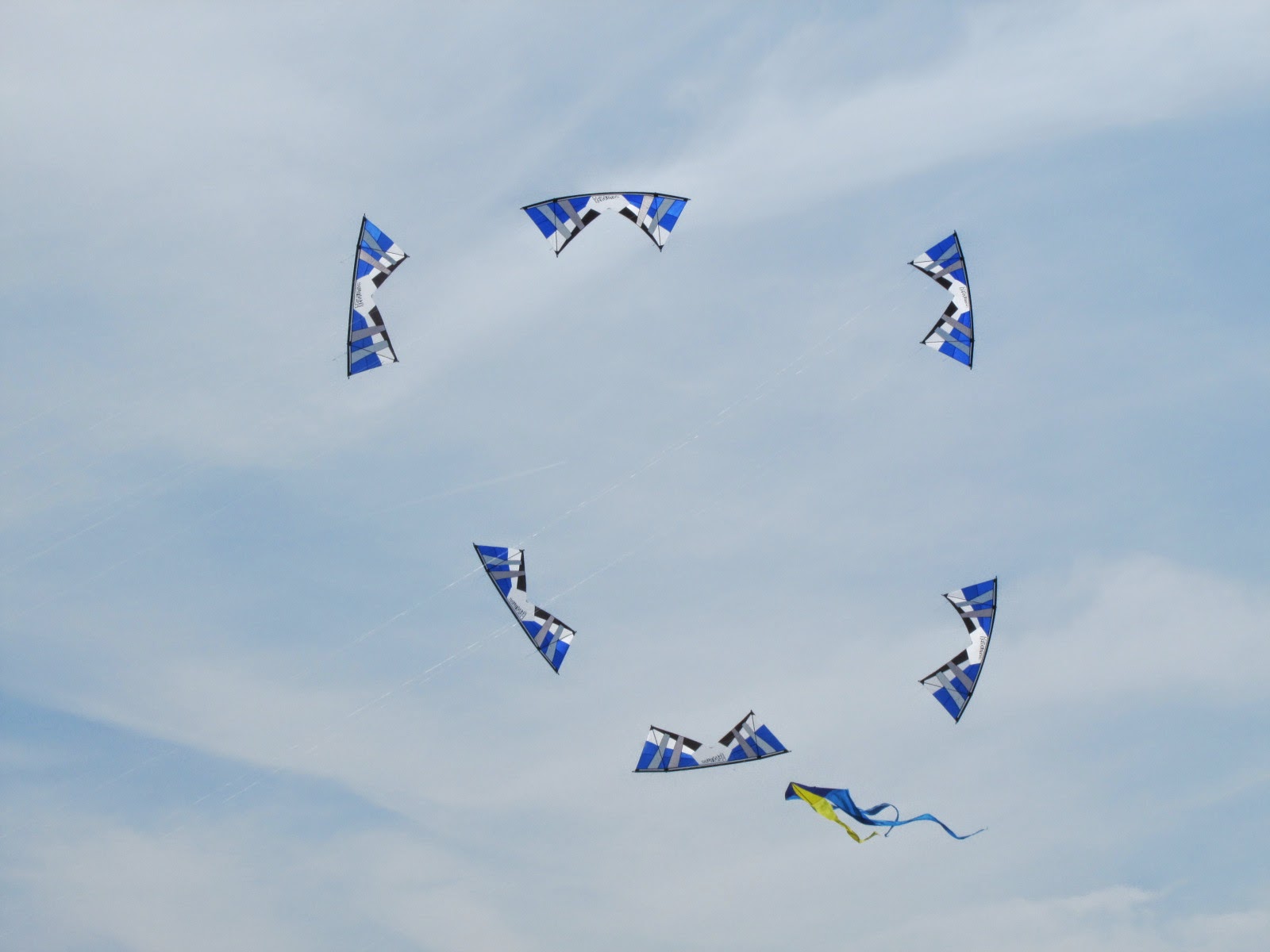 And what about Flying Fish? How did we fare on our debut to Dunstable Kite Festival? 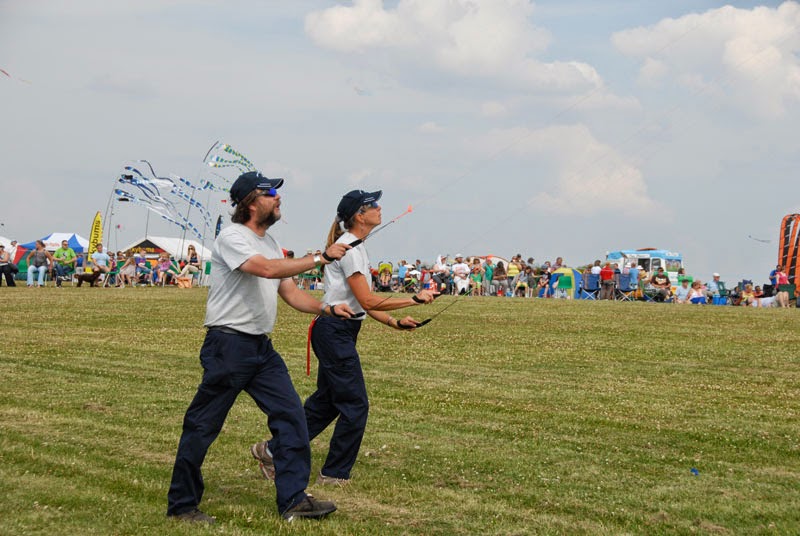 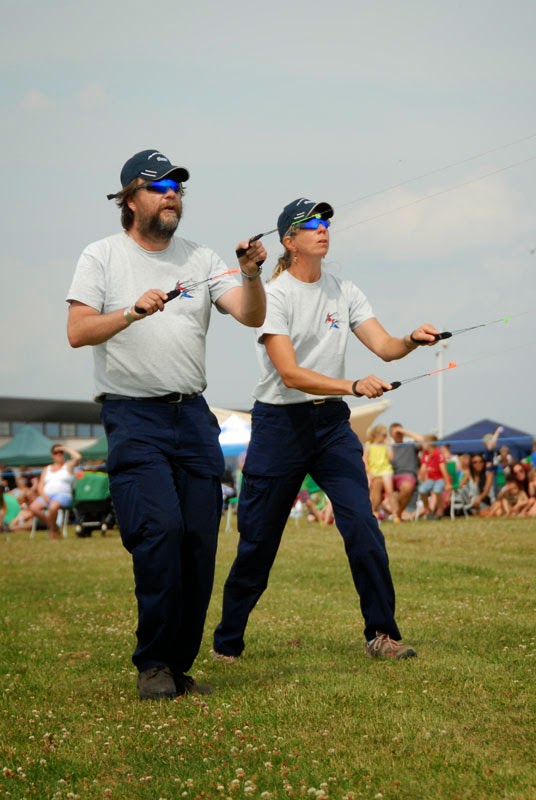 First of all, we had decided to fly two routines in our slots this weekend: our normal routine flown to Kayak's "Ruthless Queen" and a second routine, flown to "Adiemus". This second routine has a choreographed start and finish, but in-between it's mostly 'make it up as we go along', with me calling out the various patterns and moves as I see fit. It turned out that we really needed that second routine, as the PA system couldn't read our CD with "Ruthless Queen", couldn't read the back-up CD with "Ruthless Queen", and couldn't deal with a memory stick .... So we were down to just flying the "Adiemus" routine on Saturday, using our T5 Cubans, which only went so-so (the wind had dropped to almost nothing, but at least the PA system could read that CD!). As we were staying in a B&B in Dunstable, we had no opportunity to burn another CD, but Carl (of Team Spectrum) did go home for the evening and was kind enough to burn a new CD for us with "Ruthless Queen". Carl, thanks a lot, you saved our butts for Sunday, and we could fly both routines in our slots (flying T5 Cubans in the first slot, T5 SULs in the second one). Pretty happy with how the routines went (no major errors in any) and we're now officially a two-routine pair!

Mega-team, do I hear you ask? Well, of course! The Flying Squad and friends (including at some point, I think, Chris Matheson, and Marjorie Truchet from the French Now'Air team) flew a quad-line mega-team: 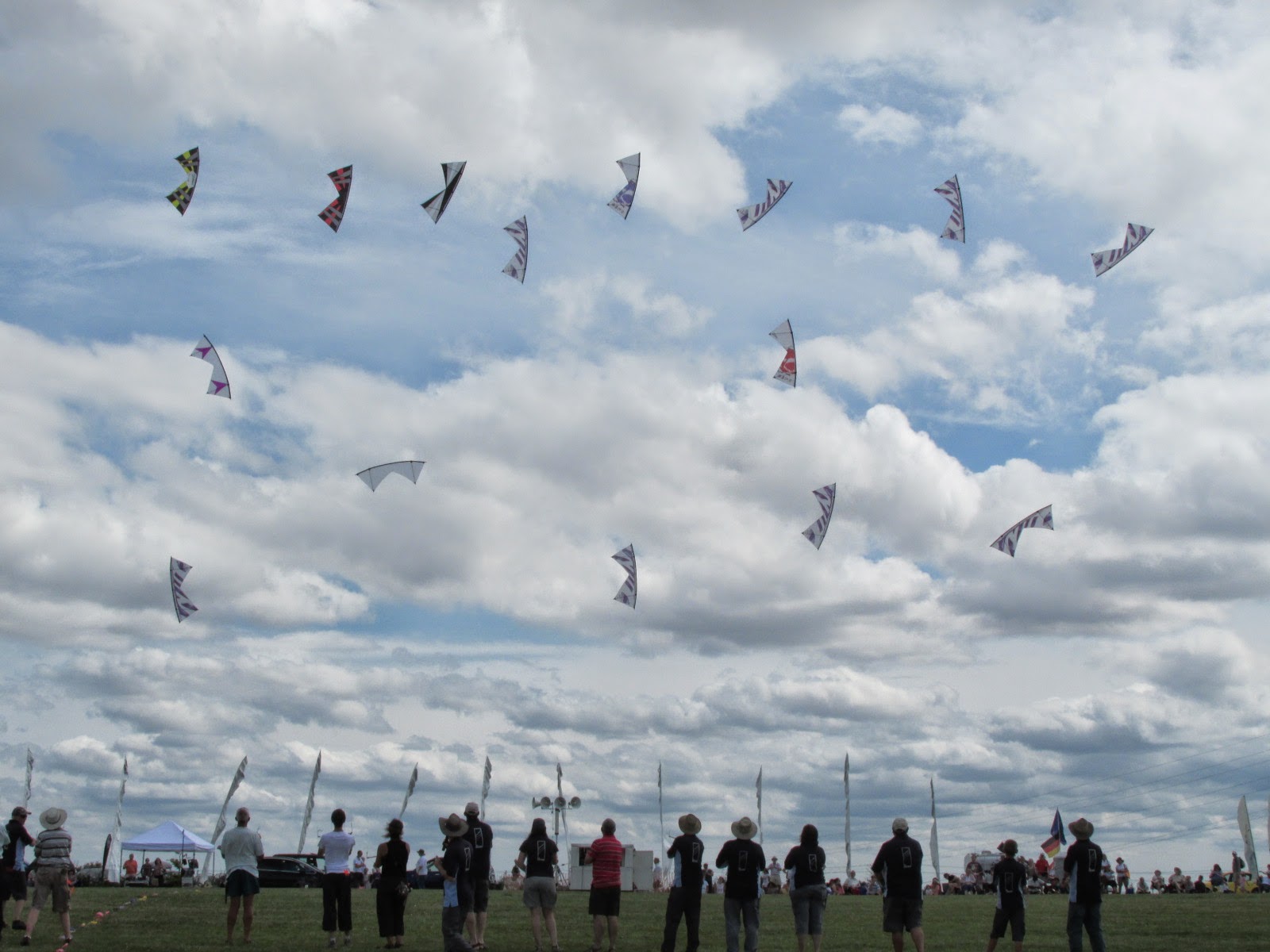 And for the dual-line mega-team, Flying Fish joined Barry Savell of Flame, Keith, Vee and Peter from the Airheads, Mick Burls, Carl Robertshaw, Thomas Chavinier from the French Panam'Air team, and several members from The Flying Squad (Simon Dann, Gary Tyrrell, Stephen Hoath, Andy Phelps, Steve Matchett, if I remember correctly); a truly international mega-tream! For us, the largest mega-teams we've ever flown in. 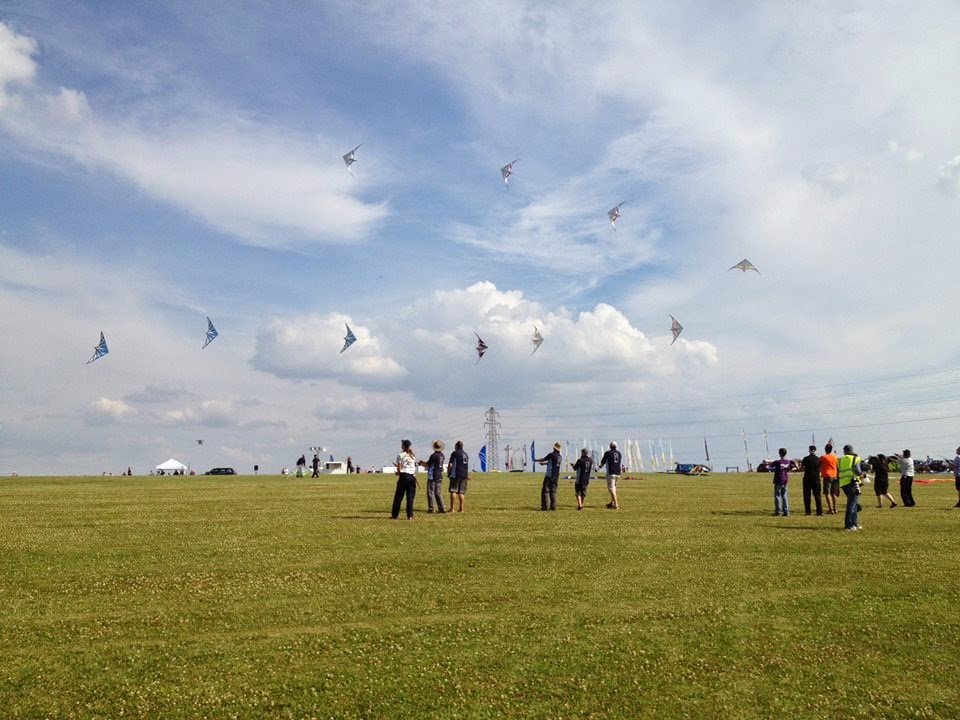 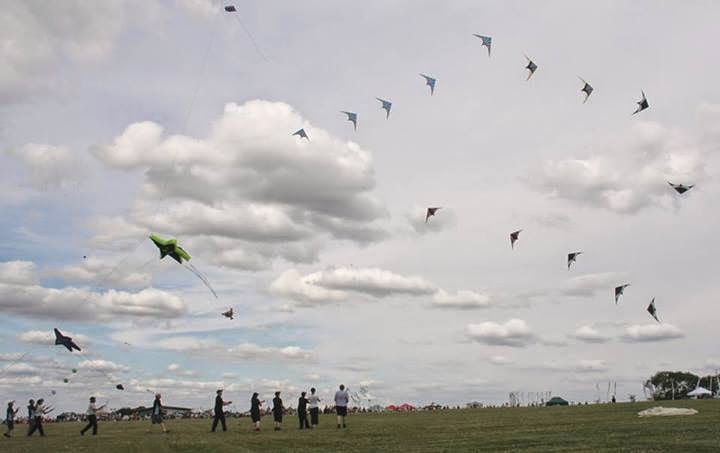 Other flyers making their appearance in the arena included Carl Robertshaw and Chris Goff. Plus, of course, many single-line kites and kiters as well; more photos can be found here. We had a great time and sincerely hope we'll be back in the coming years!