Our very first invitation to fly at a festival was at Brighton in 2012, and so this year we went back to Stanmer Park for the third time in a row as 'invited flyers'. Weather was mostly gorgeous sunshine, apart from a few hours of rain on Sunday morning. On Saturday, the wind started off non-existent, picked up a wee bit, and then died down to almost nothing again. Unfortunately, we had the first and last slot of the day, and really struggled with the lack of wind in those slots, but we did a reasonable job in our middle slot of the day. 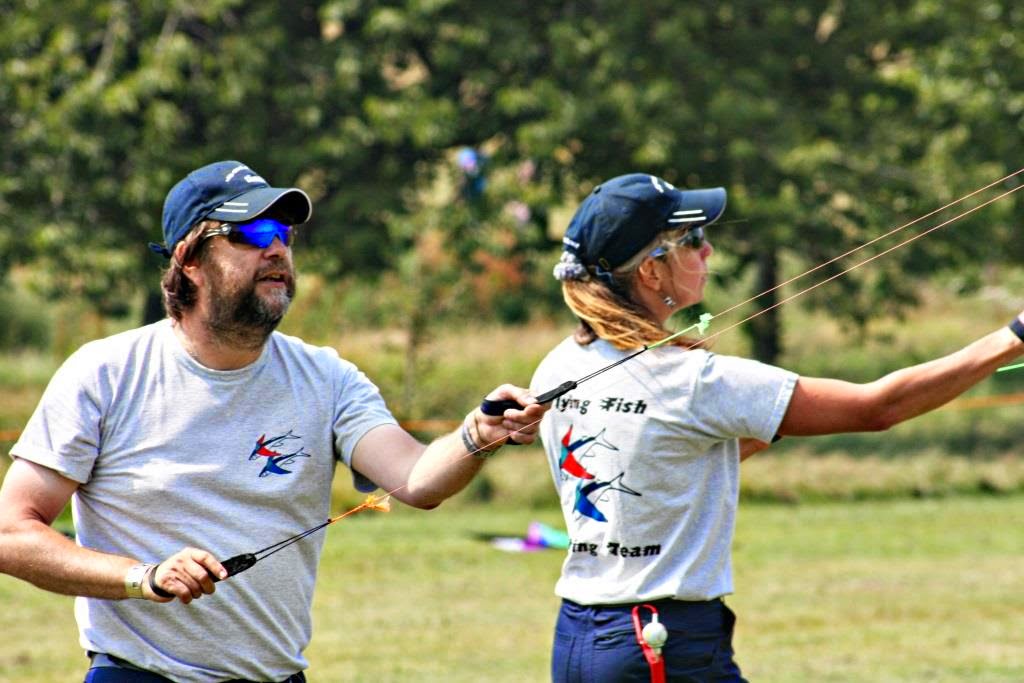 There was one thing I was quite pleased with: my landing on, and subsequent re-launch from, the boundary rope just before the routine proper. I'm sure I won't be able to do this again, even if I try 100 times, but it just worked absolutely perfectly: land the kite on the rope, basically balancing it on the stand-offs, let it lean back a bit, and then take off again! 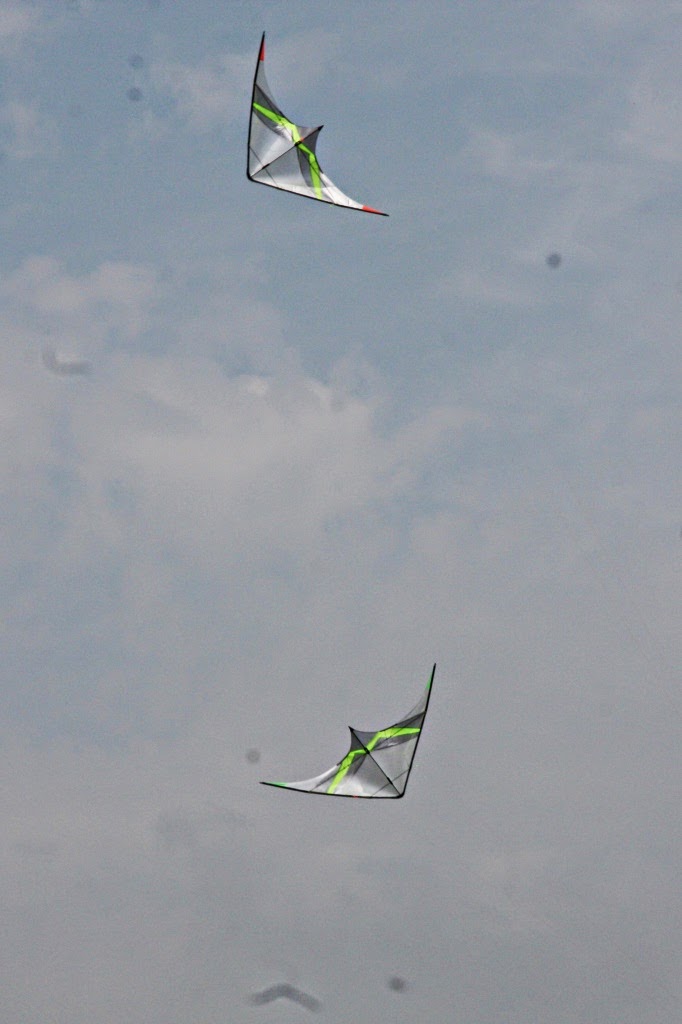 Sunday's wind was a bit stronger than Saturday's, although increasingly blustery during the day. Whereas we flew our Cubans exclusively on Saturday, on Sunday we went from Cubans to T5 SULs to Azurs in our three runs. Last routine, with the Azurs, was the best, I feel, so going out on a high!

The only other team present was Team Spectrum. Glad Carl's 'Chi Mai' routine was on the menu for Saturday! What was also impressive was Carl getting his two kites into what looked like a locked death spiral, and somehow pulling them out again just before they hit the ground in a tangled heap. Still don't know how he did it, but he pulled off the recovery of the festival! 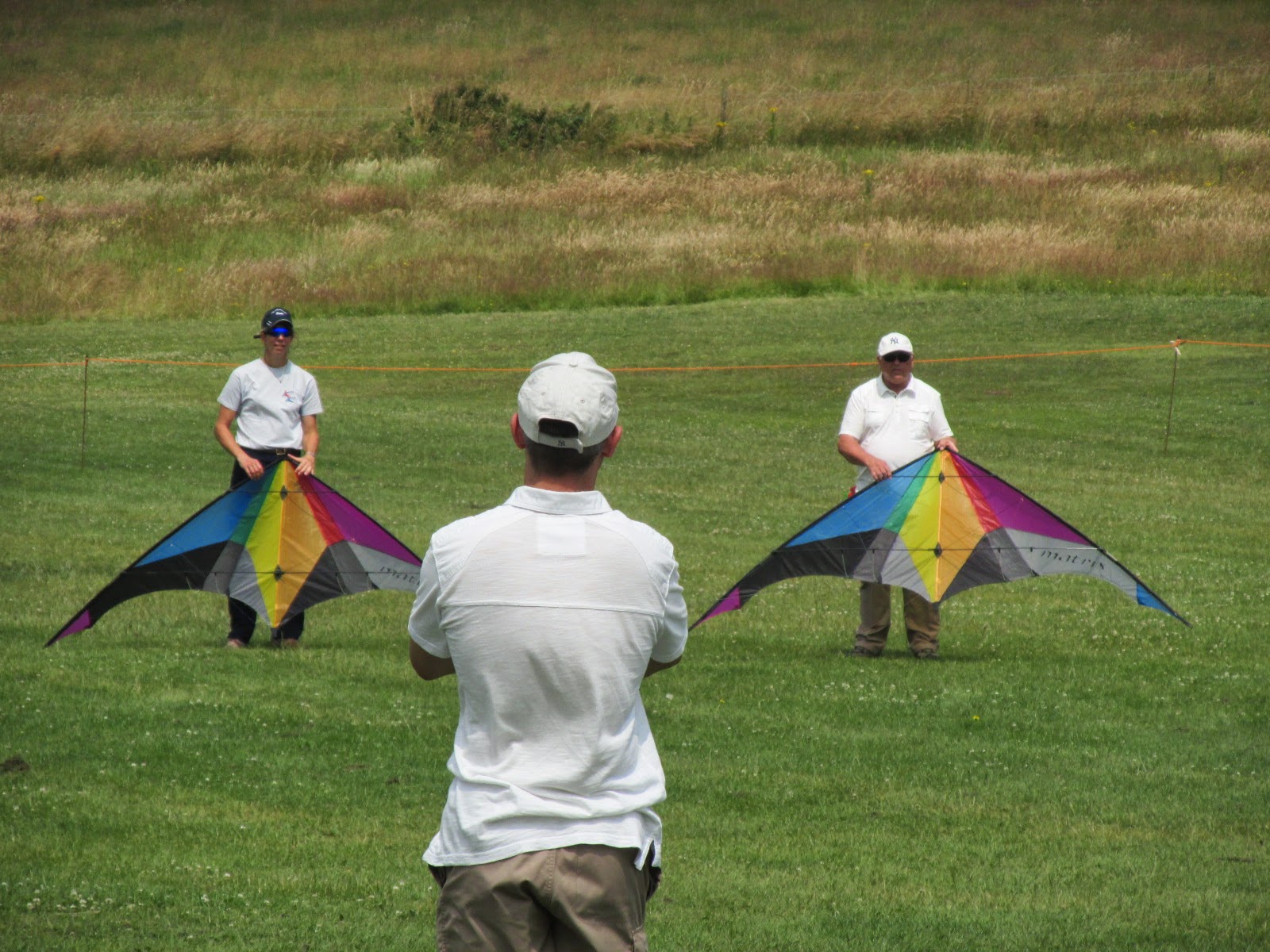 Besides Team Spectrum and Flying Fish, Karl Longbottom was the third invited flyer, and he brought a large selection of single-liners, flown with help of all other flyers in the arena. Chris Goff also showed up (on Sunday), and flew a freestyle routine in his unique style. More photos of the festival are here.