Some years ago, I got a small Rhombus 'Fisch Fighter' kite, which flew surprisingly well given its very simple structure and material. 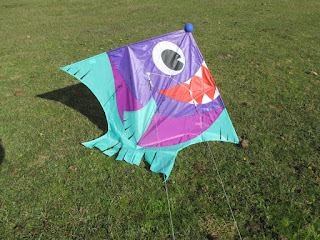 Shortly after I got this particular kite, I became aware that the kite was also sold as part of a 'kite game package'. Took me a few years to get my hands on that package (no thanks to Rhombus, who never bothered to reply to my emails), but I did succeed in the end!

The full package consists of two 'fighters', a lifter kite, and a hoop with a fish 'wind vane' attached to it. That hoop is the key of the game: aim is to fly the fighters such that their noses go through the hoop. 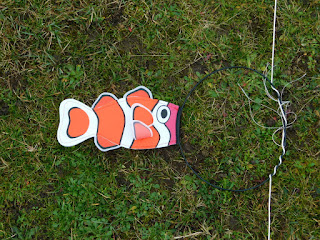 The hoop is meant to be on the line flying the lifter. We tried both the lifter that was included in the pack (a small yellow kite) and a larger Go Fly a Kite Shark. The small yellow kite struggled to lift line and hoop, whereas the larger Shark had no problem with this. However, the Shark bucked quite a bit in the blustery wind, which didn't help keeping the loop in one place ... 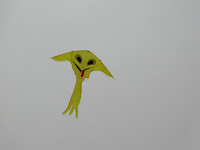 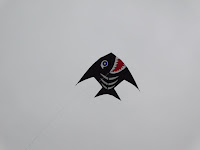 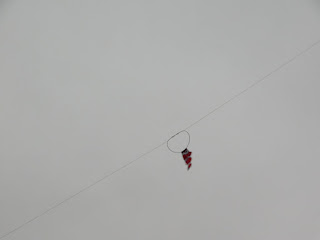 One of the two fighters included in the pack is almost identical to the 'Fisch-Fighter' we already had; the only difference is in the little nose ball, which is black rather than blue. The other fighter is a bit more shark-like, but with an identical frame. 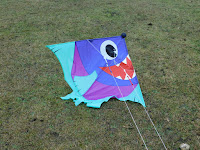 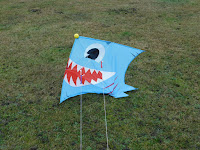 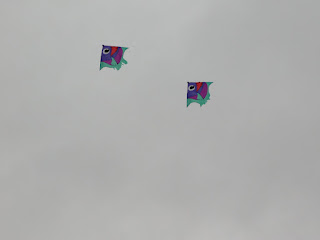 ... followed by the two that were included in the package. 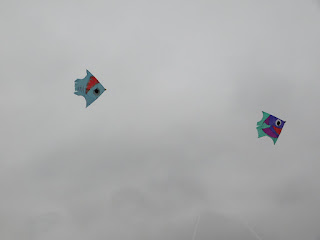 And then to the aim of the game: trying to fly the kites such that their noses entered the hoop. This was far from easy, as it's quite difficult to judge distances that way (we flew the kites on 25m lines), so it involved quite a lot of walking forwards and backwards. What also didn't help was that, due to the prevailing wind, the position of the hoop constantly changed. But, with some practice, we did get pretty close and succeeded in pushing the nose through the hoop once or twice. 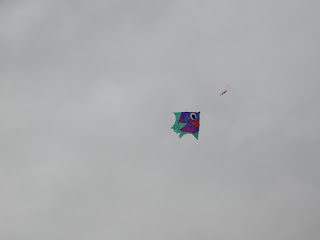 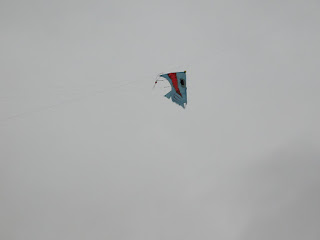 I don't expect STACK will make this part of the annual National Sport Kite Competition cycle, but it's fun thing to try and do something different!