Back again at Brighton Kite Festival, the first festival to invite us, back in 2012; time flies, eh?

With an eye on the final two rounds of the National Championships two weeks on, we only flew our competition ballet (to "Chariots of Fire") and technical freestyle routine (to "Ruthless Queen"). Struggled with the low and/or variable wind, and ran out of arena on one occasion when the wind dropped and we got caught in the 'corner of death' ... 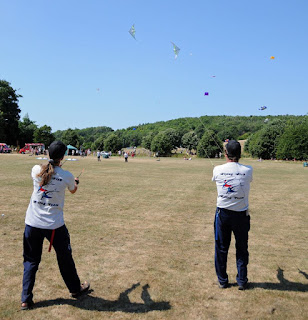 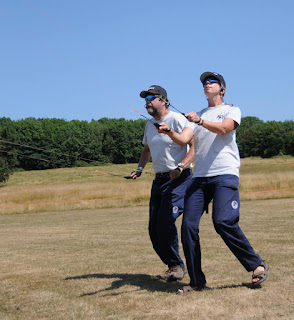 Team Spectrum, of course, mostly flying their usual 3-routine programme (and struggling with the wind conditions as well at times). 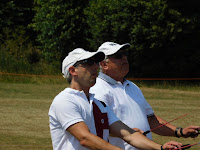 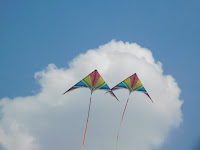 Team Amalgamation had their Brighton debut, and flew with a new team composition. Pity I can't capture the sound of laughter in this blog, as they surely had a lot of fun flying! 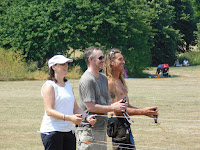 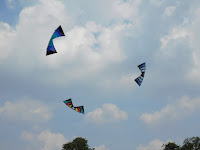 And then Twisted Bridle, the pair we are coaching: they had their festival debut at Brighton! Fittingly, the same festival that gave us our first invite, so Brighton will be special to both Flying Fish and Twisted Bridle. 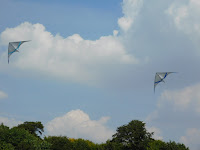 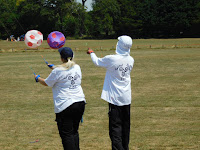 How did they do? I think for a pair that had never flown at a public festival before, they coped admiringly well with the difficult wind conditions. It may not have been as good as they would have wanted (typical for flying at a festival, and certainly with challenging winds), but they never crashed or got into serious difficulty. We felt really proud (and, I honestly admit, a touch emotional) seeing them fly.

As Pea and Lisa (aka Twisted Bridle) have recently joined L-katz, Brighton had a 4-(wo)man team in the arena! Something which hasn't happened for a very long time, we were told. We kept it simple, flying to Gloria Estefan's "Can't Stay Away from You" (which L-katz has been using as their festival routine music for some time) and I think the team performance was well appreciated. 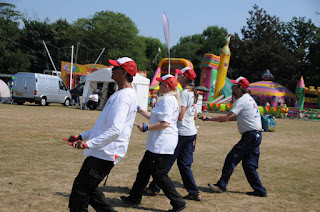 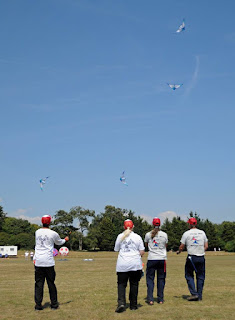 More pictures of the festival weekend are here, which include a life-size humpback whale! 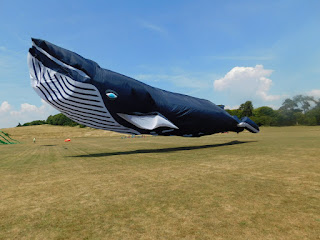