A few months after we bought our first kite we attended Basingstoke Kite Festival. That was ten years ago; we've been back every year, and since 2013 as invited flyers.

On Saturday, the weather was gorgeous, but the winds were very light (and occasionally almost absent). Sunday saw a bit more clouds and stronger, but also more erratic, winds.

We flew as Flying Fish and as part of L-katz (together with our friends from Twisted Bridle) in two slots on both days. On Saturday we flew our Airdynamics T5 Cubans, whereas on Sunday we flew our new KiteTec Impulses. The Impulses dealt very well with the highly variable wind on the day; more on these new team kites in a future blog post. 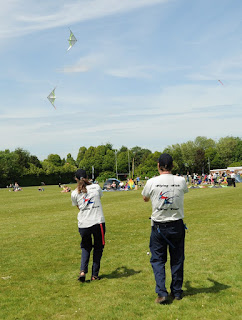 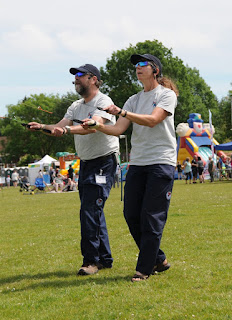 For our routines on Sunday, we tried out new music for our 'make it up as we go along' routine: 'Rise like a Phoenix', by Conchita Wurst. This includes a new move we have called, quite appropriately, 'Phoenix'. I think it worked quite well, so we're definitely going to keep that music as an option for future festivals this year.

With L-katz, we flew our standard Gloria Estefan routine. 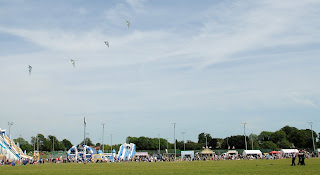 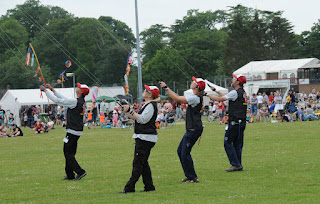 I already mentioned Twisted Bridle, our sister pair. They flew their Aerosmith routine on both days. 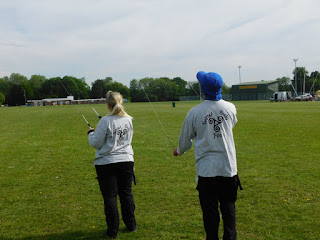 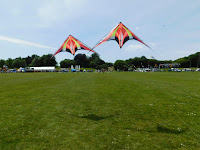 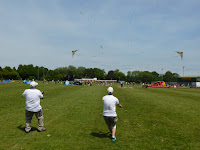 The final pair, though not flying under an official pair name, consisted of Josh Mitcheson and Jeremy Wharton, flying quad-line routines. 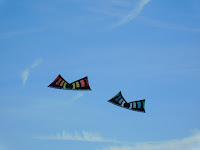 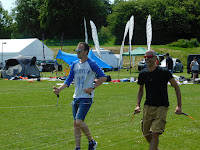 L-katz also joined in an 8-strong mega-team (together with Keith, Vee, Josh and Cam). 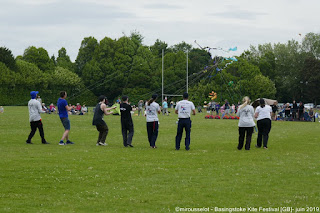 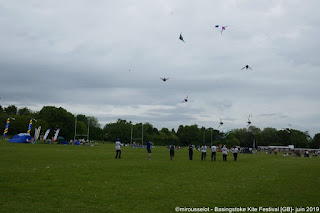 More pictures of the festival are here (for Saturday) and here (for Sunday). I do want to highlight one flyer, though: Jaiden, aged 8, flying in the Mystery Ballet on Sunday. His very first public performance; well done, Jai! 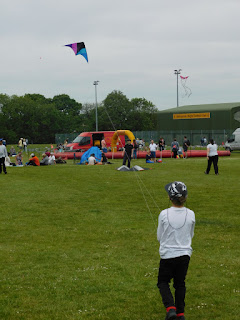 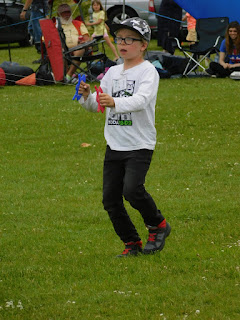 Picture credit of Flying Fish and L-katz: Carl Wright; of the mega-team: Patrice Peigné
Posted by flyingfish at 20:50