A pair of Trilobites

When we flew at Portsmouth Kite Festival, we participated in establishing a world record; a mass fly of Trilobite kites. Doesn't matter that, since then, the world record was broken again, and is now back in the US. One thing was clear on the day: we had to have a Trilobite as well, to allow us to participate at Trilobite mass flys at future festivals. And, obviously, as one Trilobite will pine away, it had to be a pair ...

Anyone who has spent time with a kite colouriser knows what happened next: many hours of playing with colours and patterns. We wanted a pair of Trilobites which were ever so slightly different from what you normally see. In the end, we opted for a white back (to allow the body colours to come out crisper) and matching white pygidium (the tail end; black on the majority of Trilobites), while the 'antennae' were also different from what you normally see. Making use of the full range of colours offered by the Kaixuan Kite Company, we ended up with nine different colour schemes. 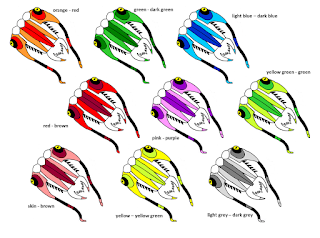 Next step: which two to pick? Irma was diametrically opposed to my suggestion to just get all nine; saves having to pick and choose! After lots of uhm-ing and ah-ing, we finally decided on the blue and pink/purple one, and justified us getting a pair, because they would be Irma's birthday presents.

I must say the service from Kaixuan Kite Company was excellent. Monica Lou was always quick to reply to emails and very helpful from start to finish. Once the order was in, she kept me up-to-date of what was happening, and sent me photos of our two Trilobites on their factory floor, ready to ship:

Irma's birthday having arrived, our pair of Trilobites could be released from the bags they've been waiting in for the last two months or so! 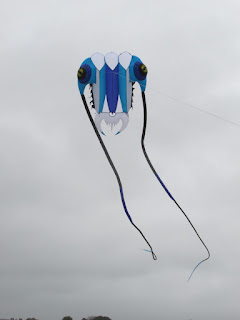 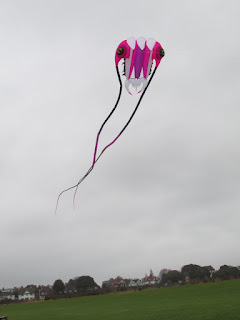 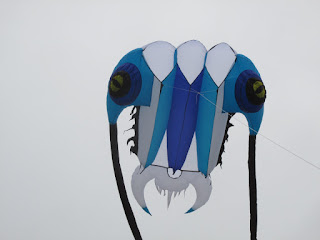 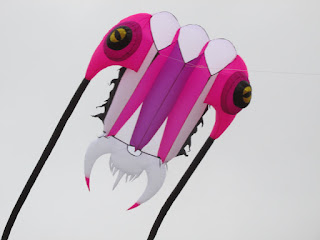 They flew very easily, and put on a great show together! 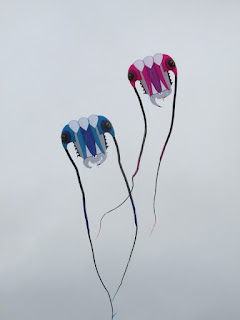 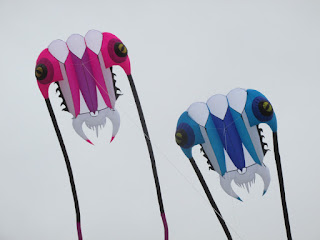 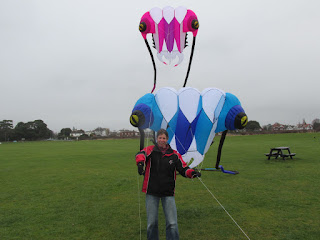 By the way, as you're probably aware, there are two people in Flying Fish. And they both have birthdays ....
Posted by flyingfish at 14:49