I've said it before, Brighton Kite Festival is special to us as, five years ago, Brighton was the first festival to invite us to fly in the arena. Last year, we couldn't be there as a pair due to work, though Irma attended and flew on her own. So we were very glad to be back again in full force on the site that our festival career took off. 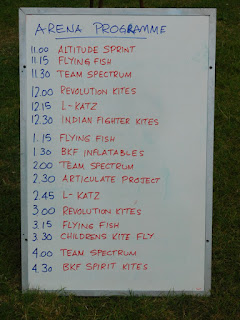 Weather was pretty much gorgeous: mostly sunny, especially on Sunday, and nice and warm. Winds were light, occasionally going down to zero and occasionally going up to 7-8 mph; the wind direction changed quite a lot, sometimes within minutes.

Guess the organisers felt we had to make up for last year, so they worked us hard! Three slots each day as Flying Fish, and two slots each day as L-katz (yes, L-katz flying at a festival again as a 3-man team with Neil in #3 position!). This equates to a total of 16 routines flown over the weekend; I think this is the most we've ever flown at any kite festival.


Due to the light winds dropping away completely at times, we fell out of the sky a few times or had to finish a routine early due to running out of arena. Also, when we flew with our Cubans and the wind picked up sharply, the kites could take it, even though they were overpowered, but one of my lines couldn't .... first ever line breakage during a public performance; had to happen at some point!

As Flying Fish, we flew our standard set of routines, to 'Chariots of Fire' and 'Adiemus'. We had brought kites for other routines, but the low wind made flying those impossible. 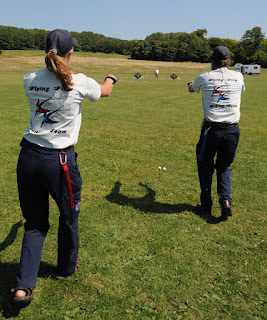 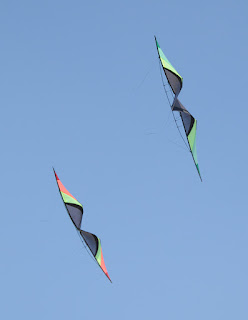 With L-katz, we flew to Gloria Estefan's 'Can't Stay Away from You'. We are working on a second team routine, but that's nowhere near festival-ready. 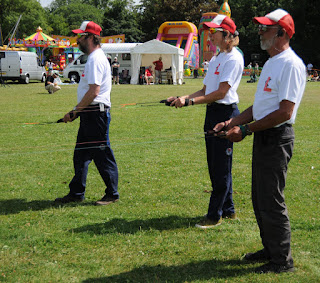 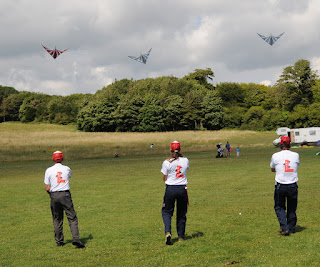 Team Spectrum was also present again, flying their sequence of routines: Carl with two kites (Chi Mai; yay!); Bryan and Carl; Carl with three kites. Like us, they struggled keeping their kites flying at times, and also fell out of the sky once or twice. 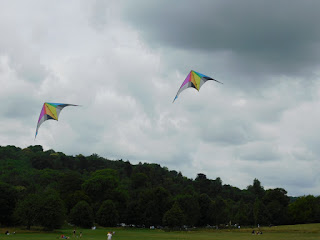 And if you ever wondered how some of the pictures on their web-site are made, wonder no more ... 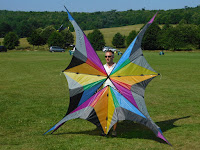 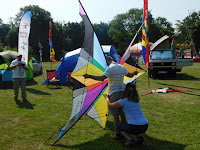 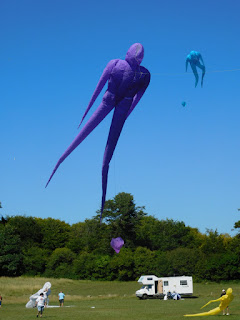 Because of our own flying in ten slots, plus crewing for Team Spectrum in an additional six slots, I had little time to take pictures, but here's what I managed to take on Day 1 and Day 2.

Picture credit of Flying Fish and L-katz: Carl Wright
Posted by flyingfish at 21:33