Box kites are an old type of kites, which have played a key role in the early development of the airplane. We have an old box kite, called a Gibson Girl, which was used in the second World War by pilots who had crashed their plane (and survived that crash, presumably ...) to send an aerial up and so call for help. A nice article on these kites appeared in issue 93 of The Kiteflier 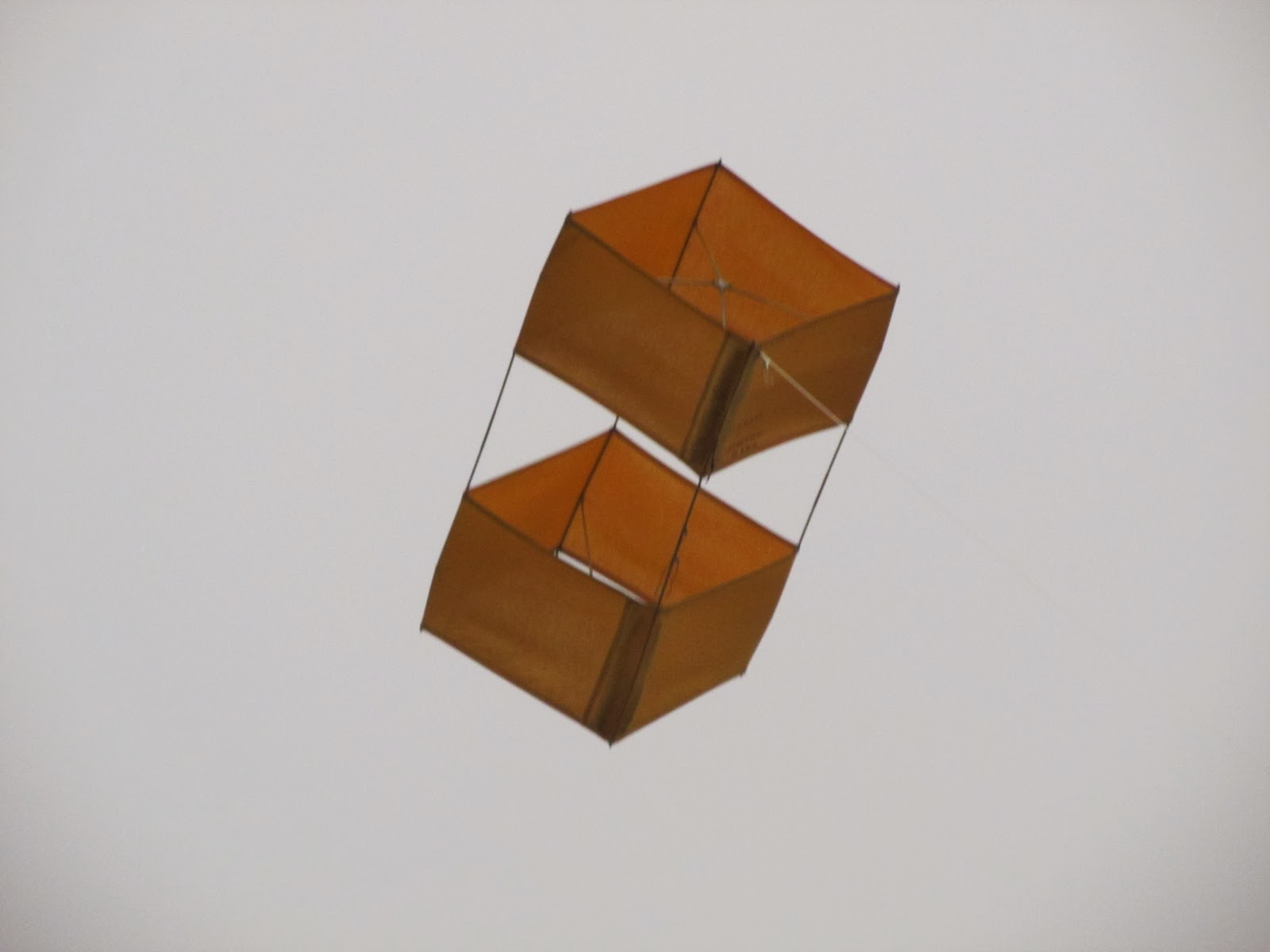 Gibson Girls were named after the shape of the actual radio, and the kite pops up on eBay quite frequently; you can get one for £30-40. Sometimes the whole set (kite + radio + aerial) is offered, but for that, you'll need to fork out quite a bit more ...

Now what does this girl, or box kites in general, have to do with pair- or team-flying? Well, there is a link of sorts, but a very tenuous one .... bear with me!

In the 1920s and 1930s, a very unusual box kite came on the market, the Air-o-bian. What was unusual about this box kite? It was a dual-line box kite, designed to be steerable. Here's an old ad: 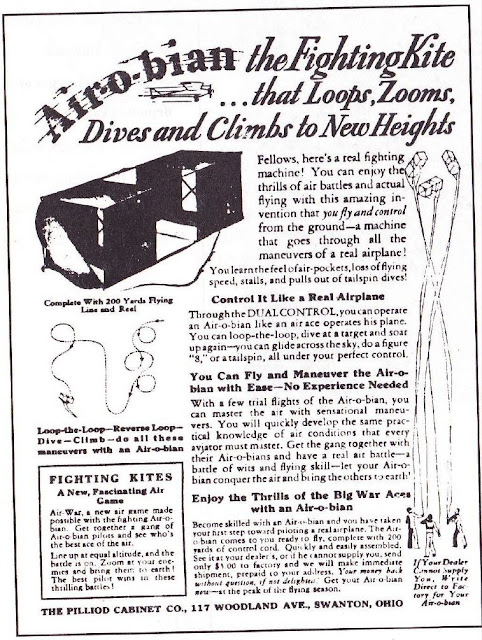 And here's a small piece from the Pittsburgh Press, dated June 5, 1930:

So here's my plan ... I think I can safely assume that original Air-o-bians don't exist any more, and even if they do, they'll cost an arm and a leg. So what I want to do is, first of all, find out how this Air-o-bian worked. It had some sort of rudder, which, I guess, was controlled by the two lines. Then, get a modern box kite and turn it into an Air-o-bian. And if that works, repeat the exercise for a second box kite, and we'll have a very unusual pair of kites to fly!
Posted by flyingfish at 12:48